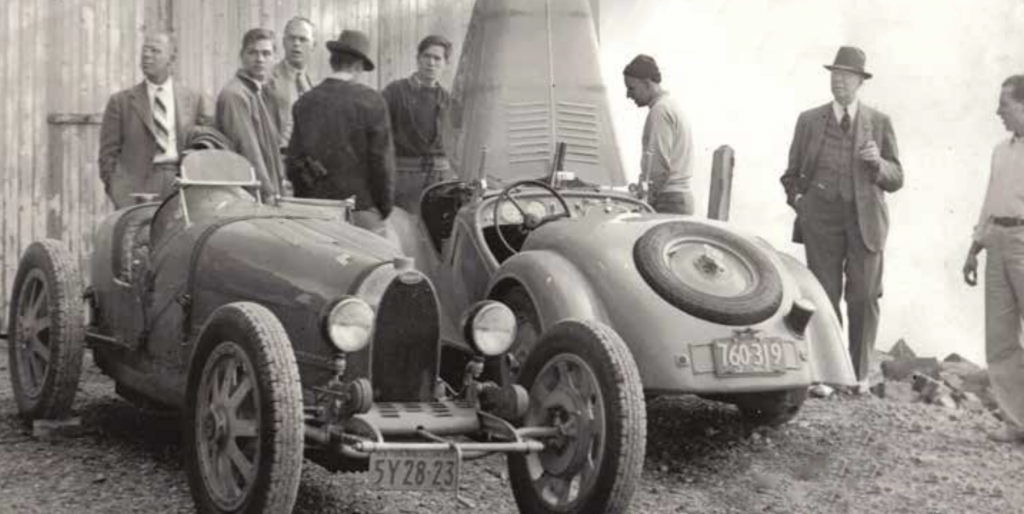 We have lost one of our most beloved members. Nancy Chayne Martin passed away in early December at the age of 95. She lived a long, full, and eventful life and passed at home on her own terms. She will be missed by all of us who were fortunate enough to know her.

Family Ties
Nancy came from a prominent automotive family and was a car person through and through. Her father was Charles Chayne, a name many will recognize. He was educated at Harvard and MIT, worked in aeronautics but quickly moved to the automobile industry, first at Marmon but he is best known for his career at General Motors. He started at Buick in 1930 but rose through the ranks to become Vice President of Engineering for all of GM. He retired from GM in 1963. He held several patents earned during his tenure at GM.

While working at GM, he was also involved in the vintage automobile hobby. He was one of the earliest members of the Veteran Motor Car Club in New England. He owned a few very interesting cars, including historically significant Buicks, two Hispano-Suizas, a 1912 Simplex and a couple of Bugattis. The best known of his classic cars was the Bugatti Royale that he saved from a junk yard on Long Island after the block cracked. Chayne repaired the block, restored the car, and painted it his fleet color, Buick white. It was used on tours with the Club in New England and family outings. A Royale! The car was donated to the Ford Museum in 1958, where it remains, and it is still Buick white. Chayne’s tenure at GM coincided with that of Harley Earl, the king of tailfins. Ever the engineer, Mr. Chayne and Mr. Earl had a number of memorable dustups.

After retiring from General Motors in 1963, Mr. Chayne moved to Pebble Beach, California. There he provided financial backing for the Pebble Beach Concours d’Elegance when the organization went through a rough patch in the 1968-1972 timeframe. There remains a Charles Chayne Trophy given at the Concours each year.

Nancy Chayne married John Martin, a mechanical engineer, in 1947. They had met in Boston. John Martin’s family also had automotive roots; his father worked at Marmon from 1910 to 1914. He helped design the Marmon Wasp, the first car with a rear-view mirror and the winner of the first Indy 500 in 1911. John Martin’s career took him to 3M, General Motors and Boeing Electronics. It was a job with a Seattle-area start-up that brought the Martin family to Seattle. That family included John Martin, Jr., who was born in 1958.

BMW 328
Nancy was well-known for her beautiful 1937 BMW 328 roadster. This car was one of many owned by her father in the early 1940s. During his ownership, the car was dismantled at GM and evaluated. When GM was done with it, he returned it to his ever-changing fleet. About this time, Nancy was attending school in Boston and owned a rare Buick race car, but it was poorly suited to transportation. Nancy was given the BMW in exchange for the Buick in 1949. Research into the car’s early history shows that the car was delivered originally to The Falcon Works, the home of Frazer Nash, in England, and that the original color was black. The Frazer Nash archives show no record of the car, but it seems they were not too keen on recordkeeping.

It then went through a succession of owners in New England, being used in sports car racing and hillclimbs. The car has always been left-hand drive and has been badged as a Frazer Nash-BMW. Speculation is that it was ordered in lefthand drive for American use but passed through, or was at least badged, as a Frazer Nash, to avoid the stigma of a German car with the War being imminent. Over the years, the car wore several colors of paint and had several modifications. In anticipation of its 50th birthday, the car was given a full restoration with the help of many Club members. It was painted factory-correct red and completed just in time for the 1988 Pebble Beach Concours, where it placed Second in Class. First in Class was a spectacular Alfa Romeo that ended up as Best of Show, so second isn’t too bad.

A Modern BMW Too
While Nancy had the 1937 BMW 328 for decades, she also drove a modern BMW as a daily driver. This started after her father retired to Pebble Beach. This was back in the 1960s and she had a chance to driver her father’s car. What did the retired VP of GM Engineering drive? A BMW, of course. Nancy was driving his BMW down a winding hill near Pebble Beach. Her father told her not to brake, just let the car go, gathering speed. The car cornered like nothing she had ever experienced. “I haven’t been satisfied with anything but a BMW ever since,” she said. For years she drove a succession of 7 Series but switched to a 5 Series as the 7s got too big.

The Lady
When visiting the Martin home on Mercer Island, there is much to enjoy. The little BMW enjoys its own den; no mere garage for this little ruby-red jewel. Nancy kept quite a collection of scrapbooks from a life well lived. Growing up in Detroit in the 1930s and 1940s, the pioneers of the auto industry were still alive and active. She met most of them. In 1946, Detroit celebrated the 50th anniversary of automobile production in the city. A portion of Woodward Avenue was painted gold for the parade that was the highlight of the celebration. This was shortly after the end of World War II and the city was feeling confident. Participants included Henry Ford, R.E. Olds, Charles Nash, Barney Oldfield and… Nancy Chayne! She drove a goldpainted convertible in the parade. A conversation with Nancy revealed her knowledge of automobiles, her strength, her considerable wisdom and a graciousness that is rare. She was a delight to know and anyone who was lucky enough to know her surely is better for it. What a lady.

Nancy is survived by her son John Martin, Jr. who intends to keep the little red BMW 328.