A Classic “Coming Out” 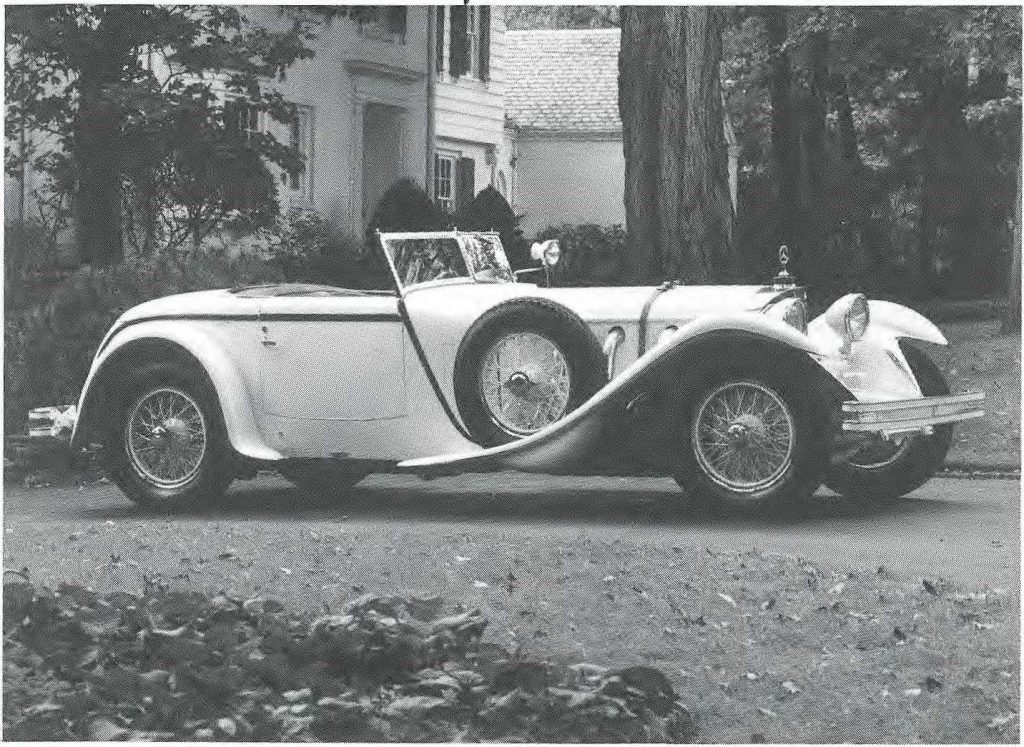 A Classic “Coming Out”

“Why don’t you write about it in the BMW magazine?” said my good friend Denny Organ when I told him that Sig­ fried Linke had invited my wife and me to attend the Classic Car Club “coming out party.” I must admit, I was pleased and intrigued that Sig had invited me to at­ tend, and besides said Denny, “not many people know about the event.” I sure didn’t until invited. All I knew was that once a year, the Classic Car Club mem­ bers got together to show their newly ac­ quired or restored vehicles.

I had helped Sig acquire the  auto­ mobile that he would unveil at the party. My position as a commercial loan officer at Rainier Bank can be interesting at tirnes, but when Sig called last fall to re­ quest a six figure loan to help acquire a 1928 “S” model Mercedes Roadster it became very interesting. After all, the credit jockeys in head office aren’t used to requests such as this. No problem, we told them, Sigfried’s European Motors shop was doing well and besides, he only needed to sell a few of his existing collec­ tion to pay off the loan. Quickly, the loan was approved and I witnessed the events unfold.

Sig began selling some of his existing cars, and told me “you bankers worry too much. Everything went as planned, and the new ·acquisition was shipped in the early spring from Pittsburgh, where the previous owner had it stored.

When Sig called to invite my wife and me, he explained that no one could see the car before the party . He also requested that I help his wife Betty unveil the car. I readily agreed as I had seen pictures of the car, and it looked to be an exceptional automobile. Besides, this would be fun.

We arrived at the SeaTac Marriott a little early, and surveyed the room. Amidst the round tables nicely arranged for our dinner, were eight blue or tan car covers over  some  rather  large  vehicles.  No peeking I was told. So I walked around the room conjecturing with my wife about the protruding hood ornaments, body styles and an occasional exposed wheel , listening to the stories related to the vehicles.

After a nice filet mignon dinner, and an in-depth discussion with Sig on the craftsmanship and detail that the older cars had, the emcee began the unveiling ceremony. Each automobile, starting with the earliest model , was introduced by the owner who explained how ·it was “acquired” (nobody just bought one, I surmised, for it takes a period of time to complete a transaction), its ownership history . and a short explanation of its manufacture . Amid oohs and aahs, the automobiles were then unveiled. Each one was a stunning example: a black 1926 Bugatti Speedster, with a massive , solid appearance; a 1930 (?) Cadillac V12 coupe with an engine the size of my desk; a 1935 Rolls Royce, just to name a few.

When it was Sigfried’s tum, he explained that the 1928 “S” model was the predecessor to the SS and SSK models of later years. The coach work was by Saoutchik. In those days you could order a Mercedes engine, drivetrain, and frame and specify the body style you wanted: coupe, convertible, spare wheel in fen ders or on trunk, etc. , not at all like today. This particular automobile was exceptional. It was originally ordered by Wallis Bird (an eccentric oilman and automobile collector) who specified a 2- door convertible, lizard skin upholstery, real German silver accents around the fenders, and a special lalique leaded crystal eagle head radiator cap (that actually lights up!). It has a beautiful pearl cream color paint. The automobile was in storage most of the time – it only has 9,280. original miles. It is truly an unbe­lievable car to see up close, with exquisite craftsmanship throughout. The engine is a huge 7 liter, six cylinder, super­ charged monster with a radiator fan that looks like a hydroplane propeller.

After the unveiling, everyone had a chance to examine the vehicles in detail , and he group gradually dispersed . Sig­ fried asked me if I wanted to ride back to the shop with him in the 1928 Mercedes! He didn’t have to ask twice.

The car started immediately, rattled just slightly while the oil pressure built up, and then settled down to a rumble that told you it has pistons the size of cof­ fee cans. I hopped in, and after stopping to get some gas (was this great or what?!), we headed north . As Sig double clutched into 4th gear (no syncros) he explained that the roadster had not been in 4th gear since 1940. The engine growled as it aceelerated . You could feel the torque, but the engine was not turning over very fast. In no time we were cruis­ ing at 60 m.p.h.

The Mercedes rode like a truck, and Sig said it steered very hard at slow speeds, but for straight line cruising it was magnificent. And everyone stared (OK, some folks didn’t, but they were asleep) . We took the Mercer Street Exit and drove down 7th Avenue toward the European Motors shop. Amid more stares, thumbs  up, and  smiles, Sig tucked it into a comer of his shop, and re­ placed the cover.

Late that night, still wide  awake,  I lay  staring  at  the  ceiling ,  wondering how I could someday enter the rarified atmosphere of owning such a classic automobile.

The 1928 Model S, was refered to in its day as a “twopassenger torpedo, trans­ formable ‘Breuete’ , capable of speeds up to 120 miles per hour.” Torpedo, I as­ sume relates to body style, transformable refers to thefact it is a convertible , and 1 have no idea on ‘Breuete.‘

A 1928 sales brochure states “com­ pared with engines of other sports cars this supercharged six-cylinder ist par­ ticularly robust, and is built for hard work.” The “S”featured a 6.8 litre dual carb, dual ignition motor with a red line of 3,000 r.p.m.’ s. Horsepower with supercharger was rated at 220. It was advertised as the “fastest sports car  in the world .”

Sig‘s Mercedes has a colorful back­ground . Purchased new in 1928 by Wal­lis Bird the vehicle saw somewhat regular use during its first years. Bird a wealthy oil man, was noted for gathering up his friends on the fenders of the great Mercedes and touring the pubs in the Oyster Bay, New York area. Unfortu­nately, Bird was killed in a small plane accident in 1940 . Shortly thereafter, his wife locked up their mansion,  ordered his collection of cars put on jackstands , and basically never returned . On her death, 22 years later, the car collection was finally auctioned off , the “S” going to collector J. Tunick. The car was re­stored bolt by bolt, resold to D.C. Burnham in 1972 and finally  to Sig in 1987 .

This very special M ercedes will be on display in the lobby of Rainier Bank ‘s Central Office tenatively toward the end of May. Call Conradfor  the exact dates.