A Year with an M2 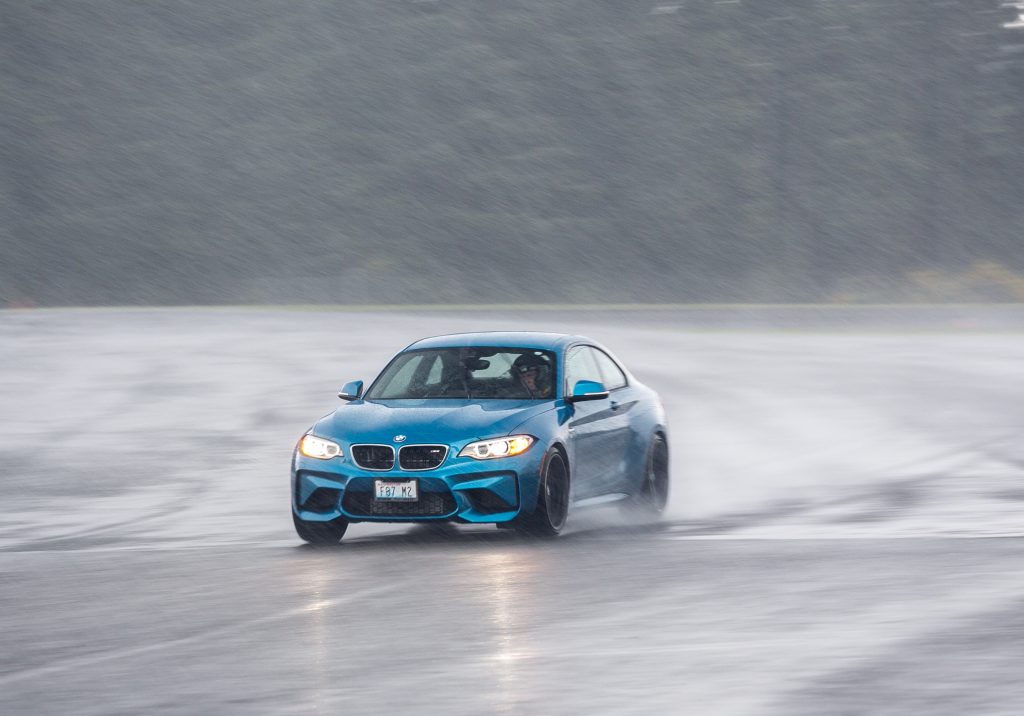 A Year with an M2

The M2 has been the most hyped car in recent BMW history. Most enthusiast magazines and websites have said this is the best M Car that BMW offers. Most also compare it to the E46 M3, seen as the ideal size for a performance car.

Early reviews claimed this was like the second coming of the E30 M3 and the return of BMW performance greatness. The reviews were so favorable that worldwide demand overwhelmed BMW’s ability to produce the car. Wait times for early orders were typically two years. That’s how long I waited for mine.

Now that the enthusiast press has moved on to the next bright shiny object, the question is, “Is the M2 as good as the reviews said?”

The short answer, in my view, is no. It is a really good car but it is flawed in many ways and certainly could be better. Here’s my critique of the car after living with it for over a year.

While the M2 is smaller in size than the M3 and M4, it is only about 100 pounds lighter. It is far too heavy at 3,450 pounds but it is hard to build a light car these days. Plus, most of the main components are taken directly from the M3/M4, so it’s no wonder it weighs almost as much.

Unfortunately, the engine doesn’t come straight from the M3/M4, so the M2 has ‘only’ 365 horsepower compared to 425 horsepower in the M3/M4. I believe this is a marketing choice. BMW wants the M2 to be slower than its big brothers so that those paying the extra $20K for an M3/M4 will feel it is worth it. 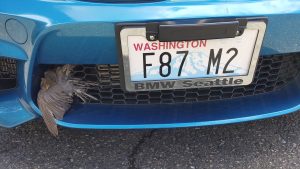 The first lap on the track for this car didn’t turn out so well for this poor robin, who was flushed from the brush near Turn 3.

Perhaps the M2’s greatest strength is its value. At $51K base price, it is the best value amongst M Cars by a long shot. BMW wisely kept the options to a minimum and built the car to a price. Of course, once I opted for almost every option, extended the warranty a little and paid the sales tax, the price was close to $70K. But that’s what qualifies as a bargain performance bimmer these days.

The option list includes a choice of only four paint colors (most choose blue, as I did), the transmission and the executive package, which is mostly the backup camera. Of course, with 2018 model year, all cars in the U.S. must be sold with backup cameras. There is no sunroof option available. Almost everything else one would want is standard equipment.

The styling of the M2 is quite aggressive. Most people like it and I receive a lot of compliments on it. I like it but I don’t love it. The front and side views are pretty good. The rear styling is poor, in my opinion. The worst is when I compare it to one of the hot Audis, and I don’t like Audis, and realize the Audi looks aggressive but more elegant. In other words, Audis look like pre-Bangle BMWs. While I still like my M2, I do feel like it looks a bit too boy racerish. Or maybe I’m just getting old. I’d prefer the styling to be more understated and elegant; like the M4 actually, which I consider a very pretty car.

This may surprise you but I think the ergonomics aren’t that good. My car before the M2 was a 2005 Mini Cooper with John Cooper Works engine. That car has been relegated to daily drive status but is my basis for comparison. The Mini feels better in terms of seating and steering wheel position. With the M2, I just can’t find a position that feels right for either the seat or steering wheel. The steering wheel is also too thick, which causes fatigue in my hands over time. Worse is the knee bolster on the drivetrain tunnel, which is placed too far forward to serve its purpose. Looking on online forums, some others have the same comments and others think the M2 fits just right.

One of the rarely mentioned but best things about the M2 is the Active M Differential. I don’t know how this thing works but the amount of lock is varied based on a computer reading a bunch of sensors. I do know this—it works. It is amazing at the track.

One of the funny things about the Active M Differential is the car is delivered with break-in fluid in the differential. I don’t know what is in the break-in fluid but it sounds like gravel. At 1200 miles, you go into the dealership, have it changed out, and the car becomes much quieter.

There are two choices of transmission for the M2, either a six-speed manual or a seven-speed dual-clutch transmission (DCT). Most enthusiasts say to get the manual for a purer, more involving experience. This despite the DCT having the option of self-shifting or automatic mode and being able to shift faster than a human.

I got the DCT and think this is the vastly superior choice. Yes, it is a bit less involving but it is faster and much preferred in traffic. This is a modern car and getting the stick seems like ordering it with a carburetor. You want involvement? Get a car with crank starting and distributor advance on the steering wheel. That’s involvement. And an antique car.

Early in the development of any new car the packaging is done. The gas tank takes a lot of space in the packaging plan. BMW plans the tank for each Series of car. For example, the 2 Series gets a gas tank of a certain size no matter if it is a four-cylinder diesel in Europe, a small gas engine or a fire-breathing M motor. As a result, the gas tanks of all M Cars are too small. The M2 is no exception. Fill ups are frequent. If you’re full throttle a lot, such as at the track, you’ll not make it through a day without having to refill.

What is poor BMW to do? They are at least a generation behind with in-car electronics and think they are state-of-the art. The M2 has iDrive version 6.0, which is superior to earlier versions, making it merely terrible. The navigation system is worse than your phone. The pairing of your phone with the car won’t stay. It doesn’t have a touch screen. It may be intuitive to German engineers but no one else.

I recently had a Ford Explorer rental and the electronics on this mainstream Ford are far better than my premium BMW. Then my wife got a Kia Sportage and it makes the Ford seem outdated and my M2 seem like it’s from the Stone Age.

As cars become more and more rolling computers, this does not bode well for BMW. Maybe BMW’s partnership with Toyota could be expanded. Just let Toyota handle the electronics and BMW handle the rest of the car.

Okay, turn off the iDrive and just drive the damn thing. Despite the ergonomics not being quite right, this is a wonderful road car. Some have complained about the ride being rough (it is) and the car being noisy (it is) but those complainers are whiney-assed wimps. The interior noise is loud enough that the voice activation on the nav system can’t be used. Really. You have to park the car for the microphone to accurately pick up your voice. Or yell at it.

I love to be able to feel every nuance of the road and to hear the car work. I typically don’t even use the radio so I can just enjoy the car. It’s lovely.

And if the on-road performance is good, once you’re on the race track you remember why you drive an M2. Lord have mercy, this thing has grip! The Michelin tires are amazing. The road feel and noise are nothing compared to a race car but they are there and they are loud and they are perfect.

I guess one always wants to go faster but this car makes me wonder. I want more power as the M3/M4s pull away, but every lap I come to the end of the straight, at 140, and turn into Turn 1. This means ‘don’t lift’ in the corner and do aim at the end of the Jersey barrier. At 140 miles per hour.  I know inertia will cause me to drift left and I will be perfectly lined up for the braking zone before Turn 2. But still, it gives me pause and I have to think whether I really want to be going faster at that turn-in.

I’ve tried the DCT in automatic mode and shifting myself at the track. Using the paddles to shift, I’m having trouble justifying anything of value I’m adding. In other words, leaving the transmission in automatic mode, as much as I hate to admit this, seems to be better. Using the M Performance button to sharpen up the responses and roll back the traction-control intervention make a big difference for the better. Turning off the traction control completely? No. When it intervenes, you want it to intervene. It will be saving your butt.

After just four track days and less than 6,000 miles, I need new Michelins. I guess I’ll plan on that being an annual maintenance item.

Would I buy an M2 knowing what I know now? Yes, and I guess that’s the ultimate test. It is a wonderful car. I often tell people I like it but I don’t love it. The upcoming M4 CS looks incredible and I’d rather have that if it weren’t for the price; the list price is going to start around $125K! For what an M2 costs, I’ll stay with what I bought.