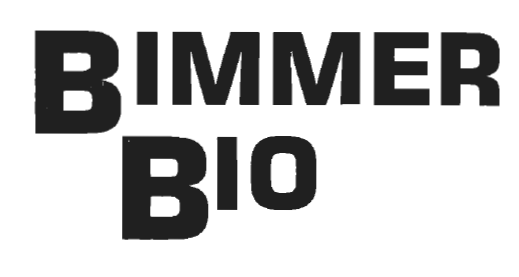 On January 1, 1970, Eberhard von Kuenheim was appointed chairman of the board of directors of BM W. More than 17 years later, the 58-year-old Prussian is still in charge. Under his stewardship BMW has developed from a promising but financially weak manufacturer into one of Germany’s most powerful industrial combines. No other German company can match the growth rates BM W has  achieved worldwide over the past ten years. And now, with the opening of a new factory , the company begins a fresh chapter in the boom that von Kuenheim is nevertheless anxious to keep tightly under control. Fittingly , for a  company  with BMW’s reputation, von Kuenheim has a master’s degree in Mechanical Engineering. The following article is an edited version of an interview which was conducted by Georg Kacher  and appeared in the May 1987 issue of the British monthly, Car.

The interview is scheduled for 7:30 a.m. The lights in the four silver cylin­drical structures that are the BMW corporate headquarters in Munich , are still dimmed for night-time, but the chief’s office on the 22nd floor is already bristling with activity. On a TV mo nit or, we watch Eberhard von Kuenheim’s black 735i limousine roll through a gate and onto the reserved park deck. A couple of minutes later, the security officer shuts off one of the four high-speed lifts to the public: the boss is on his way up.

Von Kuenheim is a man of noble Prussian descent, and his looks, manner and speech are indeed those of an aris­ tocrat. But behind the rather static fea­ tures and abrupt, well-controlled ges­ tures, lurks a roguish , if cryptic sense of humour, t hat’s neither strident nor insipid. Dressed in an immaculate al­ though conservative black-over-white manager’s outfit, the chairman guides us past panelled walls and through the secretary’s empire into his surprisingly small office. It contains a sizeable desk and leather chair as well as a round conference table and the usual some­ what indifferent selection of sideboards, paintings and gleaming small-scale car models.

First, a backward glance to 1986, ‘another good year for BMW.’ Sales improved by 1.2 percent to 446, 109 cars, turnover increased by 5.3 percent to £5 .32bn, and the new 7-series range received an encouraging welcome . The aims for 1987 are improved profitabil­ ity and modest growth. One of the highlights of the current season is the opening of the company’s fourth assem­ bly plant at Regensburg which will commence operation in May. Will BMW become a volu me manufacturer after all?

‘Certainly not,’ replies the chairman, his d iction clear and cultivated . ‘BMW isn’t interested in producing 700,000, 800,000 or even 900,000 cars a year. We intend to stay in our exclusive segment of the  market,  but  I  must ad mit I am glad that Daimler-Benz is abou t to boost its volu me. W hy? Because to me, an annual output of close to one million units has nothing to do with exclusivity anymore. We certainly feel much happier around the 500,000 mark, and as long as I run this company, quantitative growth will never be a top priority. The only thing that really matters at the end of the day are your profits because only they can ensure  long-term  economic  strength.’

Regensburg will, therefore, introduce only  a  very  cautious  expansion  of capacity. The company will , in 1987, produce about 465,000 units; the target for the early ’90s is ‘somewhere between 500,000 and 550,000 cars per.annum.’ What Regensburg will do, above all, is hel p BMW to reorganize its assembly site  net work  which  also  includes Munich,  Dingolfing and Landshut. ‘The Munich plant is bursting at the seams. Every minute a truckload  of parts comes through one of the gates­ that’s 1400 tons of stock per day. We have pushed the daily production rate of the 3-series up to 860 units, and that is too high. It is our goal to get below 800 again because the cars are becoming more and more complex which means that it takes more  time  and mo re space to put them together properly.’

The production squeeze is most obvious in Dingolfing where all four BMW models are being built. As soon as Regensburg gets into gear, the 3- series will move from Dingolfing making space for next year’s all-new fives and for the sophisticated new 7s which spend between two and three times as long on the line as the basic 316. By the end of this year, the Dingolfing output will, therefore, be scaled back from 1100-plus to well under 1000 cars. Regensburg is initially scheduled to contribute around 200 u nits each single-shift operation, but as soon as a second shift is added in October, this figure will first double and then eventually increase to 480 vehicles. Starting in 1988, Regensburg is also going to handle the 325iX, 325i convertible and perhaps the Z1 , too. ‘Of course, we d id not set up a new factory without allowing for potential future expansion’, adds von Kuenheim .’But capacity, these days, is not limited by technicalities such as floor space or tooling equipment. The true restriction is man­ power.’

Von Kuenheim is surprisingly sensitive to questions about overcapacity and possible difficulties BMW may have selling its additional cars. Does the arrival of Regensubrg not come at the wrong time now that the 5-, 6- and 3-series models are all due to be replaced?

‘Providing t he distribution department is prepared , marketing  an extra 50,000 units is no problem. But you are missing the point. We’re not building this new outlet i n order to react to a model cycle or to meet a certain introduction date. That would be very short­ sighted. An additional plant is built to cater for the requirements of the next 30 or 40 years. And remember: our reasons are not simply to increase capacity but also to rearrange the pro­duction strategy .’

BMW steadily up ped its investment budget from £ l l 5m in 1976 to £570m in 1986. In the past few years this expend itu re was shared even ly by Mu nich / Dingolfing and newcomer Regensbu rg. Factory number four has so far swallowed £340m, but by 1990 the total outlay is expected to ru n close to £480m. When the new plant is in full prod uction it will employ an estimated 3500 workers.

‘Quite apart from the obvious cost problem, I would also be worried about flood ing the world market with too many high price cars. You see, the segment our 7-series competes in has a reservoir of approximately 250,000 buyers per year. This is a realistic fig­ ure, and there is no d anger of over­ capacity here. But I strongly believe that the customer base for 3-series­ type cars-and below -does not have an unlimited potential for growth . This means in turn that you must be very careful when determining the size and packaging of your range . By making the new model bigger than the old one, you may eventually push it into a dif­ ferent class. If the worst comes to the worst, this can  force a company to introd uce an additional model. BMW will therefore position the new 3-series models very carefully right in the heart of the traditional segment.

Alt hough Mercedes strenuously denies its existence, von K uenheim seems to be quite familiar with project W301 , Stuttgart’s proposal for a Golf­ sized Benz. ‘Of course, BMW , too, has prepared a “possible”214, but I am not going to OK the program because we’re not interested in the small car market. Let me tell you why . We had to work for 10 or perhaps 20 years to get to where we are today. Our pro­ ducts are up-market , the quality is excellent , we can be proud of our distribution network , and the morale of our employees has never been better. In other words we have created what I would like to describe as a sophisti­cated company culture, and there is no way I am going to put that achieve ment at risk in exchange for a probably short-lived sales success.’

According to the chairman, such an inexpensive volu me model would call for changes to the size of the factory, the type of tooling equipment and the kind of components used. While the break-even point for a Fiat Pand a or Uno is arou nd  1500 to  2000  units  a d ay, BMW could prod uce the 7-series at a profit even it it were building only 100 cars per day. ‘The concept of a prestigious high-price compact car works out in the case of the Golf GTi’, admits von Kuenheim, ‘but that is only so because the GTi shares many parts with the baseline Golf which is com­ paratively cheap to make. In the case of a £12,500 BMW or Mercedes, this calculation must-fail because no lesser models exist which could be a source of inexpensive components.

‘The press is not interested in reporting the status quo’, opines von Kuen­ heim laconically. ‘But I would nevertheless like to add one more chapter to our success story. It concerns the allegedly outmoded 3- and 5-series models. Well, last year we built over 300,000 3s. In Germany , the compact BMW is the third best-selling car after the Golf and Kadett. By the way, Mercedes made only about 200,000 l 90s. Now , let’s look at the 5. Although it is approaching the end of its life, we’re selling more 5s today that we did in 1985 or in the hey day of the previous model. One-and-a-half years before Mercedes introduced the W 124, sales of the old W 123 dropped to 40 percent of its normal level. Not here. We are going to phase out the 5 with grace.’

The chairman finds it hard to admit as much, but the history, the prestige and the presence of Mercedes d o still affect the way BMW sees itself. Initially,  the man who has stuck by the company throughout his career, dismisses media stereotyping of the relationship between the ‘Bavarian crown prince and his Swabian arch-enemy’, but when talk turns to the possibly transitory success of the new 7-series (an indirect refer­ence to the next-generation S-class) and whether or not his engineers need to be mesmerized by the developments of rivals, it becomes clear that the three-pointed star is ever present in the minds of Munich decision makers . And then, halfway through our 100 minute interview, von Kuenheim comes crisply to the point : ‘It is high time we stopped being obsessed by Mercedes Benz. We have more than one competitor. Don’t forget either that there was a time when Daimler-Benz was not Germany’s most prestigious car manufacturer. Half a century ago, Maybach and Horch were also fighting for the honor , but they were eliminated in the war . So were V W and BMW. It took us 20 years to find a new identity. And believe me, the biggest mistake BMW could make would be to try to be like Daimler Benz.