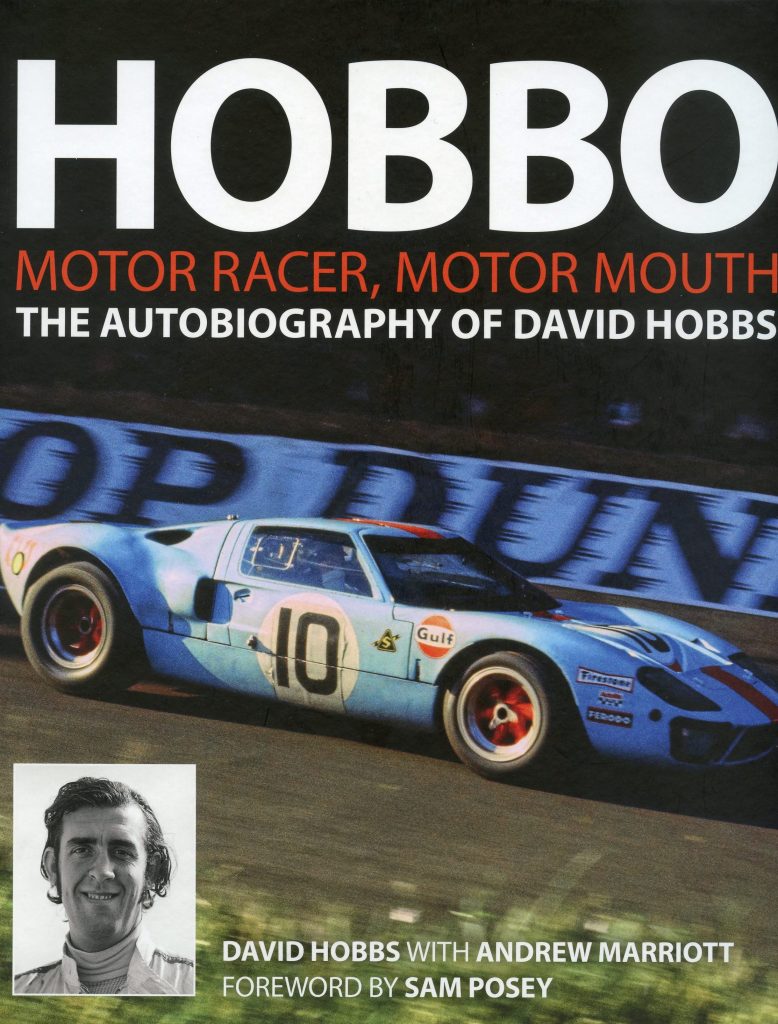 Roundel is supposed to be running a longer review of Hobbo—Motor Racer, Motor Mouth, The Autobiography of David Hobbs. I’ll just keep this to the Seattle-are connections to David Hobbs’s life.

You wouldn’t think there would be many Seattle-area connections with David Hobbs, but there turns out to be more than I expected. The first were races at Pacific Raceway/Seattle International Raceway. First in Formula 5000 and later in a Trans-Am race in 1970 (that I attended). He described our local track as “mainly a drag-racing facility with a very hairy, fast, downhill dash through trees—charming.” Jeez, you’d think he’s be kinder given he won the Formula 5000 race here.

There are also mentions of attending the hydro races during Seafair, racing with Lew Florence (who had a British car dealership at one time in what is now the Amazonia part of Seattle) and Tacoma hero Pete Lovely (who raced Formula 1 in Europe). Later he co-drove with the late Bruce Leven, the owner of Bayside Disposal and Bayside Racing, in Bruce’s Porsche 962.

Those of you who have followed David Hobbs’s career, either as a racer and a TV commentator, will enjoy this autobiography. It covers his entire life and, best of all, is written in the same dry humor voice that we’ve come to expect.