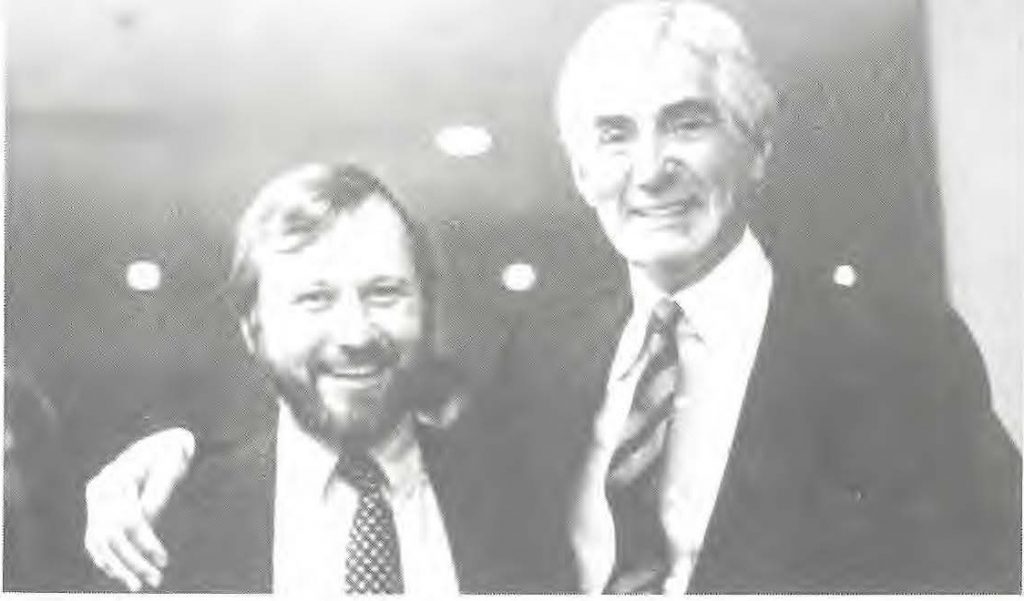 Recently, I had the rare opportunity to meet John DeLorean . Speaking as an honored guest at a banquet of the Greater Seattle Chapter of the Full Gospel Busi­ness Mens Fellowship International , the brilliant automobile engineer  reflected on his past at General Motors, his financial crisis after founding the DeLorean Motor Company in  Northern  Ireland, and his federal cocaine trial .

I first became  infatuated  with DeLorean’s work while he was Pontiac’s chief engineer. He took a great car, the Pontiac Tempest, offered it with a 326 cubic-inch V-8 or a 389 cubic-inch V-8 , with 3 double-barreled carburetors for perfor­mance, and named the creation a GTO. DeLorean went on to manage the Chev­rolet  division,  and  eventually , most  of General Motors.  Later, his skill , talent , and  creativity  gave  us  the  DeLorean motor car, with its gull-wing doors perfectly  counter-balanced  against  gravity, its  gray  steel  body  built  in  Northern Ireland;  a truly  magnificent  sports car. I am sure that most people remember John DeLorean ‘s arrest. For the few of you  who do not,  it was a major media event. Videotaped, choreographed , probably rehearsed, it was complete with theatrical  props,  cocaine  i n  particular. What many people may not remember is that John DeLorean was acquitted. That event,   unfortunatel y ,  did  not  receive much attention from the media. The facts presented   at  DeLoreans’ trial demonstrated a major set-up, carefully planned and executed  by  a paid  FBI informant. The informant’s sleazy scheme, utilizing coercion  and  threats,  received  the sup­ port of reputable FBI agents . The tactics employed  during  his  trial,  an intense courtroom drama, are documented in DeLorean’s new book, DELOREAN.  It’s an exciting autobiographical  account of his life and well worth reading .

John DeLorean would “delight  in being able to resurrect the DeLorean car.” However, “when it looked like DMC might come out of bankruptcy . . . the British government ordered the 12 million dollars worth of body dies des­troyed, dies essential for manufacturing the DeLorean motor car.” Some of the dies were dumped into Galway Bay. Scuba divers have photographed the dies lying on the ocean floor. With this move , the British destroyed the value of the 8758 DMCs on the road  in  America . John DeLorean is still struggling with litigation – against the British government. He hopes to salvage some of the dies so that parts can be made available to existing DeLorean car owners.

DeLorean’s future plans? He has al­ ways dreamed of building “another BMW .” DeLorean is and has been relentless as an innovator within the auto­motive industry . He promises his new car will be  very different. Yes, he has gotten back the rights to make cars again! He hopes to disclose everything within 60-90 days . His engineering genius will be challenged by his strong ethics to design improvements based upon performance, and not simply some superficial , cosmetic modification . Knowing John DeLorean, I don’t think we will be disap­pointed .