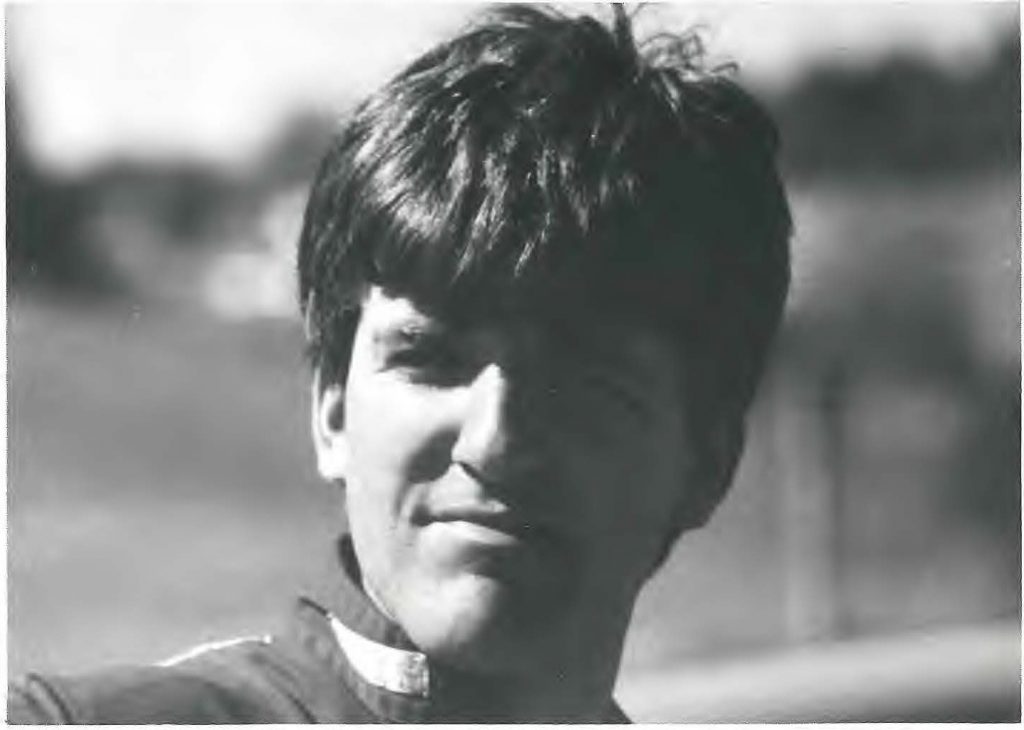 There is a column in the National SCCA magazine titled “Local Hero” that is reserved for outstanding local road racers. When I read this column, I always think of Byron Sanborn who ought to be recognized as one of the top nonprofessional road racers in the Northwest. 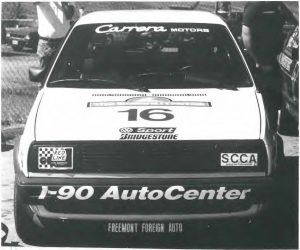 Byron ‘s personal  and  racing  background is the stuff of extended Bimmer Bio’s, so we’ll  save  those  details  for another  issue.  However, Byron’s national racing achievements during the 1987 season deserve special recognition .

In the fall of 1986, after many years of racing cars owned by others, Byron decided to go on his own. He pur­ chased a Golf GTi to challenge the Showroom Stock C class, which has been dominated by the GTi’s in recent years . Byron won his first race in the Golf and ended the season with only two less  than  first  finishes , both  in National races in California against questionably legal cars (the politics of SCCA road racing) . In the Oregon Regional Road Racins Championships, Byron was the only driver of over 200 competitors to finish the season with a perfect score, earned from checkered flags at every Oregon event.

Byron ‘s goal in ’87 was to race in the National SCCA Championships in Atlanta. He qualified for the “Runoffs” in a big way by winning the Norpac division title in his class. This means Byron was the top West Coast SSC driver from San Francisco to the Canadian border. 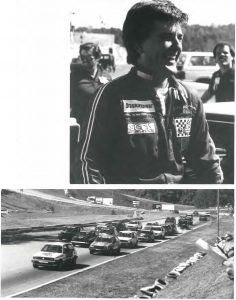 Last October it was off to Atlanta , a major commitment for a West Coast driver to make the journey across the States for the Runoffs. By ron was assisted by his father Kent on the drive back and some local loonies, notably the Christensen, Warner, Organ gang, who flew back to help in the pits and lend other necessary moral support.

After four days of practice and qualifying, Bryon had earned the 11th spot on the grid, a respectable  start out of some 26 SSC cars, especially considering By had  never  been  on this track previously.  The  tension  was  high  on race day, but  we knew  Byron would find his way into the heat of the battle. At the start, their was a major shunt involving many of the top cars. Byron made it through the first lap and soon began moving up. By midway through the race, By had worked u p to eighth and was being challenged  heavily by two  other  GTi’s. Skillful  driving  by Byron  forced  the  two  challengers  to take each other off the track. I could see t he smile on Byron’s face from the pits. At the last lap Byron had worked his way up to sixth, but was now being challenged  by one of the top national d rivers originally involved in the first lap shunt. On the back side of the circuit By was forced back to seventh, but he patiently waited to make his move . Near the final turn, as they approached the end of the track’s longest straight, Byron  made  a textbook  perfect  pass and never looked back. He took sixth place by less than half a car length.

Congratulations to Byron. An out­ standing finish for a first time shot at the SCCA National Championships. Watch out 1988!