On The Differences Between Men and Women 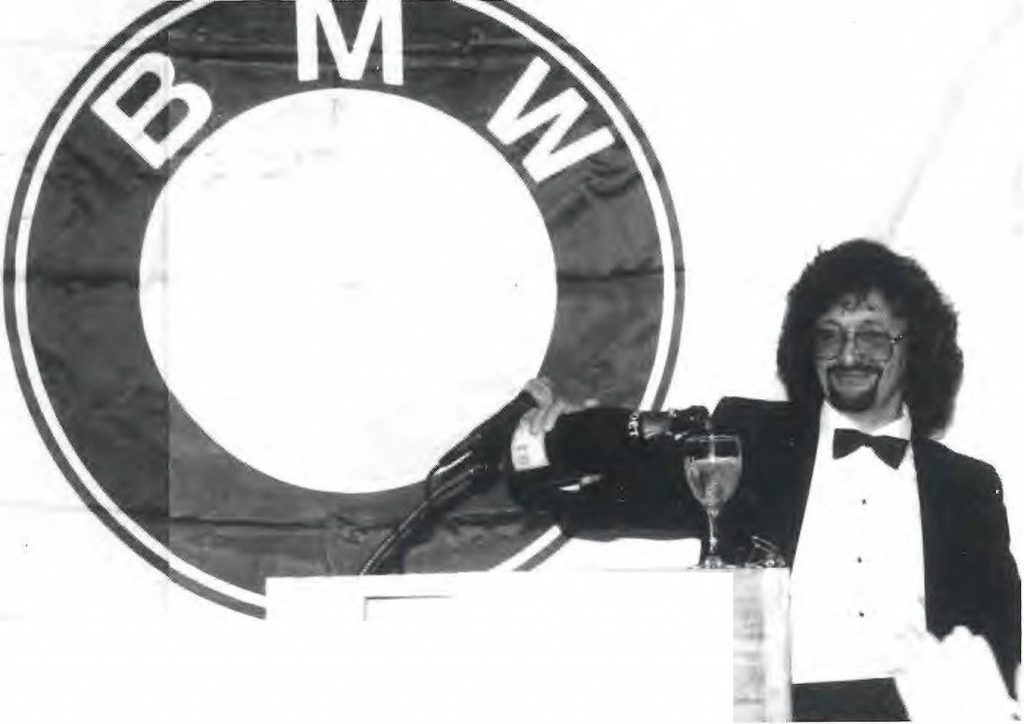 On The Differences Between Men and Women

Well, one hopes that the  head line got your attention. Those of you who went to the annual banquet held on November 21 at the Bellevue Athletic Cl u b will probably have a lot of memories from this particular event, since the re was the aura of “special occasion” all about the place from the moment one walked in. Little d id we k now how special this occasion was going to be, thanks in no small measure to the party in  the  next  room, which was just getting loose when we were sitting down  to  our  program. M ind you, any party that combines all-time musical favorites such as “Do the Hokey Pokey” with selections from Ronco’s “Dance Party 86” can’t be all bad?!?

First,  there  was  the  silent  auction, which featured  many very fine items donated by our business friends as well as  some  h igh ly  spirited  bidding.  A complete  list  of  items,  who  donated them,  and  the  successful  bidders  ap­peared  in last  month’s  magazine,  but special   mention   needs   to  be  made about the complete valve job  donated by German Autowerke, the set of 4 Bridge­ stone  RE71  tires  donated  by  Puget Sound Tire and Bridgestone, the certif­icate for a complete major service from Bellevue  BMW,  and  the  certificate from Veloz Car Computers allowing purchase of an eta motor performance kit for $300 instead of the normal $995. Special  thanks  go  Denny  Organ  and Sharon  Silverstone,  who arranged  for most of the items. Kudos also to Bob Hannah,  whose   contact  with   Veloz encouraged them to donate their items.

Secondly, there was the drawing for the me membership prize, which was one month’s use  of  a  325i,  generously donated by BMW Seattle. Not content with winning the bidding duel to the death wit h Tom O’Dell for t he Veloz performance k it, the lucky win ner was Al  Lancaster.  Dan  Remer,  President BMW Seattle, was on hand to present Al with his prize . We will expect full road test re ports from Al on his Veloz­ enhanced 325es as well as the 325i. Al d id n’t relize the price one pays for win­ ni ng these things is becoming a contri­buti ng writer for t he magazine. Do you hear me Al. Al? . . .

Finally,  the main event of the evening, which was Satch Carlson ruminating on the differences between men and women. You were wondering when t h is article would live up to its billing at the top of the page, weren’t you?  It’s with deep regret t hat you have to be informed t hat M r.  Carlson’s  thoughts on t he  above subject  as well  as many others will have to await t he treatment by one  far  more  skillful than I at recounting such things, David Light­foot. Mr. Lightfoot  will  be discussing M r. Carlson’s talk as well  as  other juicy bits of gossip and innuendo in a forthcoming  BIMMER BIO.

Meanwhile, our t hanks go to Dave Griffith of Alan BM W of Edmond, w hose long association with Satch as well as his great support of our Club was instrumental in bringing t he Auto week columnist to Seattle for our banquet. Dave was kind enough to provide Satch with a 535i for h is stay here.

A special thanks to David and Lucetta Lightfoot, who saw that the little details as well  as t he  big  pictu re  were  being t aken care of. One shudders to t h i n k what t he Clu b would be like wit hout the services of t he  Dynam ic Duo.

Thanks to all that came and enjoyed the event. We look forward to seeing you as well as those t hat could n’t make it at club events in the new year.