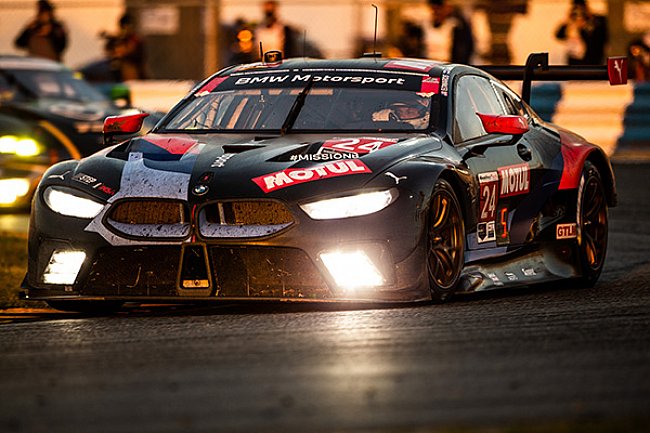 BMW Team RLL reached the podium in the GTLM class at the 59th edition of the Rolex 24 at Daytona (USA). After 24 hours of racing at Daytona International Speedway, the #24 MOTUL BMW M8 GTE secured third place. The #25 car completed the classic race in Florida in fifth position. The Rolex 24 at Daytona represented the first major highlight of the GT endurance racing season for BMW Motorsport.

In the GTD class, the Turner Motorsport team competed in its 400th race with BMW. The #96 BMW M6 GT3 was driven by Robby Foley, Bill Auberlen, Aidan Read and Colton Herta (all USA). After 24 hours of racing, the quartet secured sixth place in their class. The BMW Endurance Challenge, the season-opener in the IMSA Michelin Pilot Challenge 2021, had already taken place at Daytona on Friday. After four thrilling hours of racing, four BMW M4 GT4s crossed the line in positions two to five.

Turner Motorsport celebrated a double podium as second place went to #95 with Bill Auberlen and Dillon Machavern (both USA), while their teammates Robby Foley and Vincent Barletta (both USA) finished third in the #96 BMW M4 GT4. They were followed in fourth and fifth positions by the #82 car of BimmerWorld Racing and car #43 from Stephen Cameron Racing. The next race event for BMW Team RLL, the 12 Hours of Sebring (USA), is scheduled from 17th to 20th March.