Riding Along with Washington State Patrol: Part I 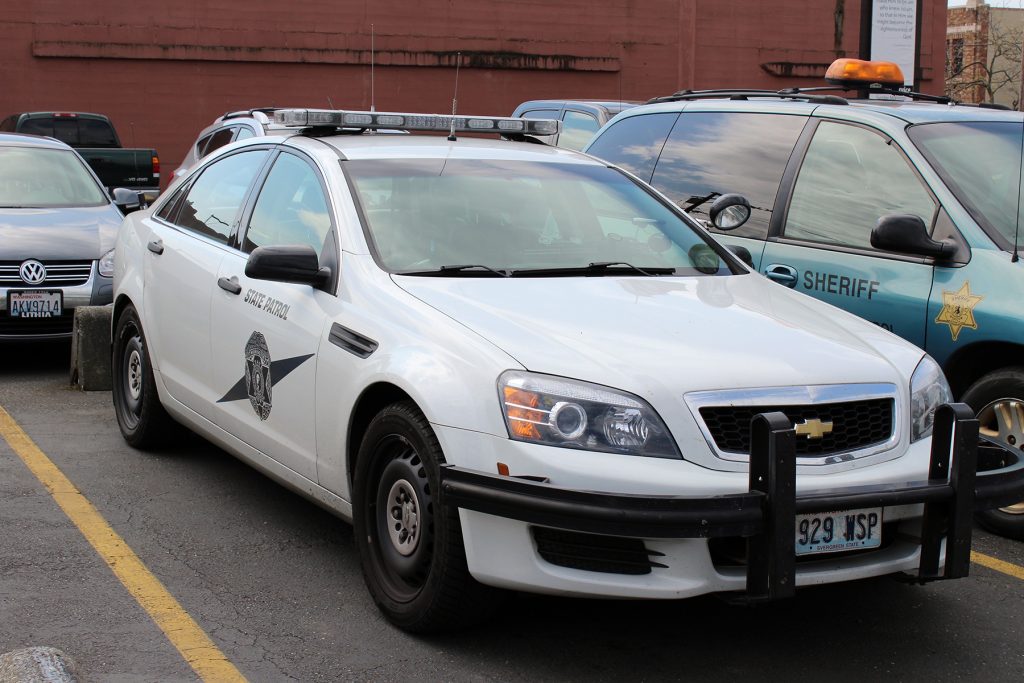 Riding Along with Washington State Patrol: Part I

One aspect I love the most about my work in traffic safety is doing field research. Over a year ago I had the opportunity to ride along with two officers of the Washington State Patrol (WSP) to see what a typical day and night was like for them. The first was a daytime shift with Trooper Rhonda Zeller, a veteran of the force for over two decades, who originally got into this line of work “to get out of the house,” as she put it.

We met at the WSP office by Sea-Tac Airport, where I signed a waiver, received instructions on what to say on their radio should there be an emergency, and was told that I must stay inside her vehicle at all times. Soon we set off to see what the day would bring.

Our first task was to check the I-5 Sea-Tac rest area in Federal Way, an unusually large one in an urban interstate corridor with very few such stops. It allows camping for up to eight hours instead of the usual four and also has truck scales, making it a heavily trafficked area. But many homeless people also live in their vehicles here, and the WA Department of Transportation (DOT) has asked WSP for help in monitoring the area and politely asking people to move on if they have overstayed. With few other places to go, the homeless always return because they feel safer here, and the WSP understands this and does not aggressively harass or arrest.

Prostitution and drug activity have also skyrocketed, and indeed, we saw suspicious exchanges between a man and a woman who kept switching in and out of two different vehicles that had plainly been parked there for some time. It turns out that a rest area often has quite a life of its own that goes unnoticed by most of us passing through.

We responded to several stalled and disabled vehicles. Ever seen those big push bars you see in the front of their vehicles? We used them that day to get one vehicle in the middle of a live lane—one of the most dangerous highway situations—safely off to the shoulder. Trooper Zeller said that many of these incidents are because of preventable vehicle maintenance issues—dead batteries, worn tires, running out of gas, and other mechanical failures. Officers don’t do fixes, but they do usually carry a can of gas and can help call the DOT or other roadside assistance services.

The devil is in the details. Have you ever been pulled over and wonder why patrol vehicles park behind you at a slight angle with the wheels turned outward? It’s because traffic-fixated motorists sometimes get distracted and steer right into the scene; this way the patrol vehicle won’t hit full-on into the vehicle they’ve stopped behind. Officers also never position themselves or other people they’re talking to in between vehicles for this very reason. They’re also trained to lightly tap the left rear corners of the vehicles they’ve stopped to alert potentially intoxicated or impaired drivers and passengers of their approach and to avoid startling them.

Later, we stopped one vehicle for windows tinted too darkly (the owner claimed he had just bought the car and hadn’t had a chance to bring them into legal compliance). Trooper Zeller took out her laser gun to see if we could catch any speeders, but for the most part traffic was too congested and we caught only one violator—a BMW driver (sorry) who said she had just gotten one a couple weeks before in California and blamed it on her fast car. Contrary to popular belief, the WSP gets only a single dollar for each speeding violation, so it is not a revenue generator for them.

We did ticket a couple motorists for not wearing seatbelts as well as illegal travel in the carpool lane. As might be expected, HOV (high-occupancy vehicle) violations are among the most-reported complaints (troopers contacted about 11,000 drivers each in 2016 and 2017, and about 400 of those in each year were repeat offenders). In fact, Trooper Zeller said some motorists consider the time savings of using the HOV lane without getting caught so worth it that they have a regularly monthly budget allotted for the $136 fines.

Still, Trooper Zeller is usually reluctant to write tickets, especially for first-time violators. She feels that their goal should be to first educate rather than penalize. Yes, enforcement is necessary but raising awareness among motorists is a priority rather than punishing them, she says. Contrary to what our cynical assumptions might be, over and over I was struck by how careful and respectful the WSP officers I witnessed were in their interactions with people, something that is thoroughly ingrained in their cadet training and in fact, is part of the WSP motto— “Serve with Humility.”

Another myth is that the WSP has to meet a certain quota of tickets for different offenses. Nothing could be farther from the truth, according to Trooper Zeller. They are, however, required to show that they are keeping busy throughout their shifts with relevant calls, and they must log every single stop and response in the laptops mounted in their vehicles. And there are always plenty of calls—and each must be prioritized according to the severity of the issue and the availability of officers in the area. Still, by law, every civilian report and call must be followed up on in some form.

Fortunately, no crashes happened that day on our shift in our area. But, of course, Trooper Zeller has seen more than her fair share of tragedy. “In a way, it’s so much easier when they’re already dead by the time you get to them,” she said wistfully, “than it is to watch them go.” As I took in the gravity of this quiet, matter-of-fact statement, I thought about it being repeated 565 times last year—the number of people who died in 2017 in our state from traffic crashes.

In the next issue, I’ll cover what it’s like to go on a nighttime DUI patrol with the WSP—and just how bizarre it can get.