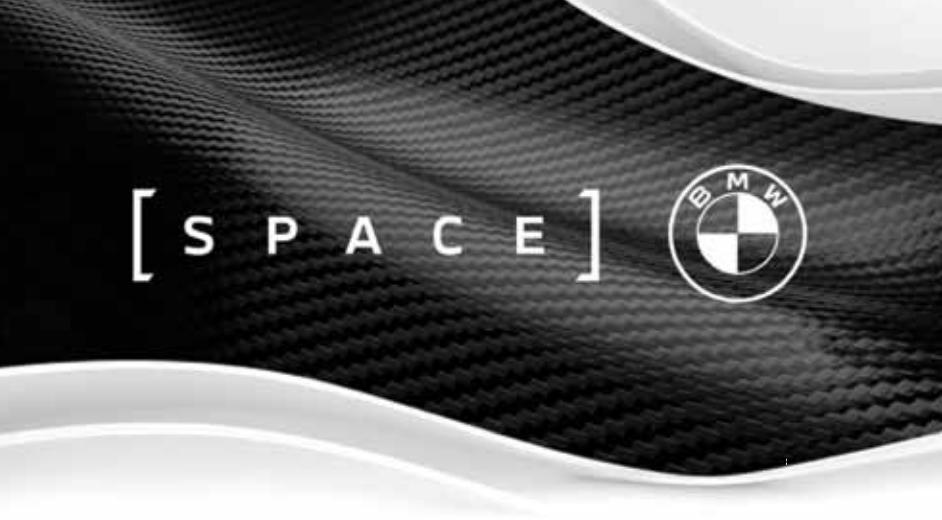 The all-new, fully electric BMW iX Sports Activity Vehicle and BMW i4 Gran Coupé made their North American debuts during two media events on Tuesday, June 1 at [SPACE] by BMW, a new immersive BMW brand experience at The Grove in Los Angeles (189 The Grove Dr, Los Angeles, CA 90036). Following the initial unveiling, [SPACE] by BMW opened to the public from Friday, June 4 through November 30 from 10:00 am to 7:00 pm daily.

[SPACE] by BMW is a two-story, gallery-inspired brand experience curated by BMW that will feature vehicle displays from BMW, BMW M, BMW i, MINI and BMW Motorrad. Local artist Spencer Mar Guilbert was enlisted to collaborate on the interior design, drawing inspiration from both the natural world and the iconography of street art, to create an organic thread that guides consumers through the journey of BMW innovation, performance and design. “The debuts of the BMW iX and i4 are only the beginning,” said Uwe Dreher, vice president of marketing, BMW of North America. “We wanted to do something special to introduce these new vehicles, which is why we’ve created a brand platform in one of the most important electric vehicle markets in the world.” Dreher continued: “But [SPACE] by BMW will go beyond just vehicle debuts and displays. We will have a full schedule of programming and events which will create opportunities to engage and connect with consumers.”

[SPACE] by BMW
Over the course of the next six months, [SPACE] by BMW will be open to generate awareness and build excitement for BMW’s electric future. The venue will host different consumer and stakeholder events featuring collaborations in art, music and lifestyle and partnership activations with Marvel in support of the upcoming films, “Black Widow” and “Shang-Chi and The Legend of the Ten Rings.” There will also be opportunities to test drive many of BMW’s current plug-in hybrid electric vehicles. The BMW [SPACE] Program

An Electric Future
The BMW Group has been driving the transformation towards fully electric, connected mobility for more than a decade. BMW’s first purposebuilt, fully electric vehicle, the BMW i3, was launched in 2013 alongside the hybrid-electric BMW i8 coupe in 2014. Building on the success of those pioneering vehicles, BMW has continually developed and improved its electric drivetrain technology and currently offers plug-in hybrid electric variants of many of its most popular models including the BMW 3 Series, 5 Series, 7 Series, X3 and X5. The fifth generation of BMW’s electric drivetrain technology will be featured in the BMW iX and i4. MINI is also on its way to an electrified future, expecting to go all-electric by 2030. MINI currently offers the battery electric MINI Cooper SE and the MINI Cooper SE Countryman SE, the brand’s plug-in electric hybrid.

With increased model availability and growing consumer trends, BMW expects that worldwide sales of its electric vehicles will rise by an average of 20% annually between 2025 and 2030. By 2030 fully electric vehicles are expected to account for at least 50 percent of the BMW Group’s deliveries to customers. The BMW iX and i4 represent an important part of BMW’s electric and sustainable future.

The BMW iX
The fully electric BMW iX Sports Activity Vehicle serves as the company’s technology flagship, bringing together the latest developments in the fields of electrification, connectivity, design, and services. The BMW iX will feature a range of 300 miles and two high-efficiency electric motors, providing around 500 horsepower. It will accelerate from 0 to 62 mph in under 5.0 seconds. MSRP is expected to be in the mid $80,000 range. The BMW iX will arrive in the U.S. market in early 2022. Pre-orders are being accepted currently.

The BMW i4
The BMW i4 is a fully electric 4-door Gran Coupé which will arrive in the U.S. market in early 2022. Pre-orders are being accepted.

With its sporty looks, best in class driving dynamics and zero local emissions, the BMW i4 is a true BMW. The BMW i4 model line will be available in different versions covering ranges of up to 300 miles. With a power output of up 530 horsepower the BMW i4 can accelerate from zero to 62 mph in around 4 seconds.

The BMW iX and i4 will also be the first two vehicles in the BMW product lineup to feature iDrive 8, the newest iteration of BMW’s driver-passenger-vehicle interface, designed to deliver a more natural interactive and holistic user experience between the driver and their BMW.