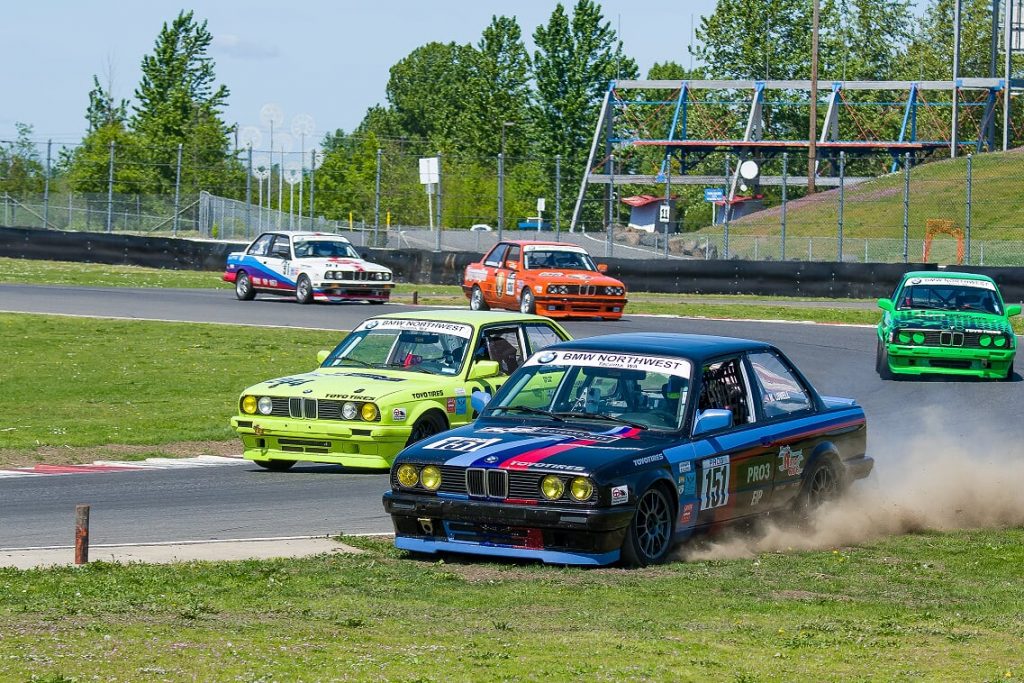 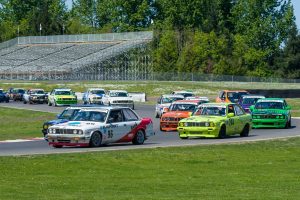 Only once in the history of PRO3 racing has a Champion repeated–the legendary Jeff Van Lierop in 2007-8. But in 2019, last year’s Champ, Brian Bercovitz, and runner-up Cory Peters, are off to a roaring start! Brian won two of the first three races and took second in the third. Cory took second in two of the races. And 2018 third-place Matt Lowell took a second and fourth. Captn’ Lungey, aka Rob Johnston, managed a fourth, fifth, and sixth. And Dave Stenner and Daniele Hovington are close behind. Could this be a rematch of a year ago–the same front-runners fighting for an edge? At first glance, it seems to be heading that way.

But the times, they may be a changin’. New-to-PRO3, veteran open-wheel racer, Coley Tipton bought Rick Edwards old car (Plain Jane aka The Great White Shark) and entered the fray with a second-place finish at Mission–then backed that up with a fifth place in Portland–and a third at Pacific! Meanwhile, 2017 PRO3 champ, Shawn Northrup, returned from defending his 2018 national SE46 championship to win a hotly contested race at Pacific. With the Spokane triple (May 31-June 2), followed by the Portland double chicane race (June 15-16), before the Le Mans break–it could be a real cluster at the top. So, the last four races over three weekends in July and August–at Pacific, Portland, and the Ridge–are sure to have some serious action. 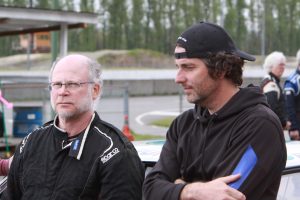 At every level, PRO3 racing overall is off to a strong start. Grids have never been bigger nor races harder fought. As of this writing, with four races in the books–Mission (double), PIR, and Pacific–we’ve seen grids of 17, 21, and 30 cars. Check Events & Results at http://www.icscc.com/ and come on out for the best PRO3 season ever!

At the thicker end of the field, there’s a lot of new blood–cars and drivers. Some bring the heat right out of the gate–like Coley Tipton–Zack Watson in his new Watson car–Sean Hester–and Geoff Newman. Others are bringing old cars out of mothballs–Nor Coquillard in the original Watson–Edmundas Taras awakening Dick Whittemore’s car from a four-year slumber–Andrew Michel in Peter Jenkins old car, dormant since 2014–John Gillespie with Doug Rawlyk’s old ride–and Jim Cissell, who restored John Parker’s rental car (run only in 2014), hit the wall at Mission but kept on going.

And, veteran PRO3 racers are returning to the fold–Bart House, Tim O’Donnell in Bob Mearns old car, and Lance Richert–who shows up for one race at Pacific and beats Jim C on the restart! Yep, Lance’s still got it. 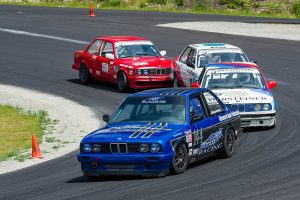 What’s really great–a strong field of rental cars allows newly licensed drivers a chance to give PRO3 vets a run for their money. Ready to give it a go? IRDC has one more competition licensing school July 19th at Pacific Raceways. This is your entry to the Conference Licensing process, and you don’t need a race car to attend. Sign up at https://www.motorsportreg.com/events/2019-irdc-july-driver-training-pacific-raceways-events-081215

All this recent activity is making Bill Ecker’s effort to compile the family-tree of PRO3 drivers and cars–a bit more challenging. But some of the PRO3 titans–Wes Hill, Lance Richert, Hank Moore, and Charles Hurley–stopped by at the Pacific race to fill in the blanks. If you have (and own) photos of any PRO3 cars, and/or any history or driver information, forward it to Bill. We’ll keep you posted here.

As always, PRO3 drivers are supported by an incredible group of sponsors–including title sponsor BMW Northwest of Fife, Toyo Tires, 425 Motorsports, Griots Garage, and Advanced Auto Fabrication (AAF). Thanks to all–who contributed money, gift cards, or product–and Sarah Lally-Brown and David Weller for doing a great job with the raffles!

Speaking of a great job, the new pavement at Pacific Raceways is awesome! Most drivers shaved a second or more off their times. But, get a wheel sideways and the new pavement IS STICKY! Just ask Karl Seeger, Trout Roberts, and Jonathan Youngblood. Karl’s FSR was destroyed when gears locked going into 5A, Trout’s Club Ford rolled at high-speed after Turn 1, and Jonathan flipped Pat Boyle’s RX-7 several times at the same spot. But, thanks to our great safety teams and gear–the drivers all walked away with no serious injuries! 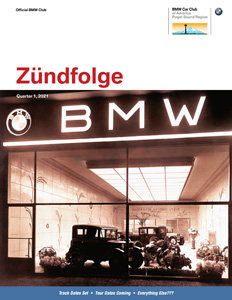