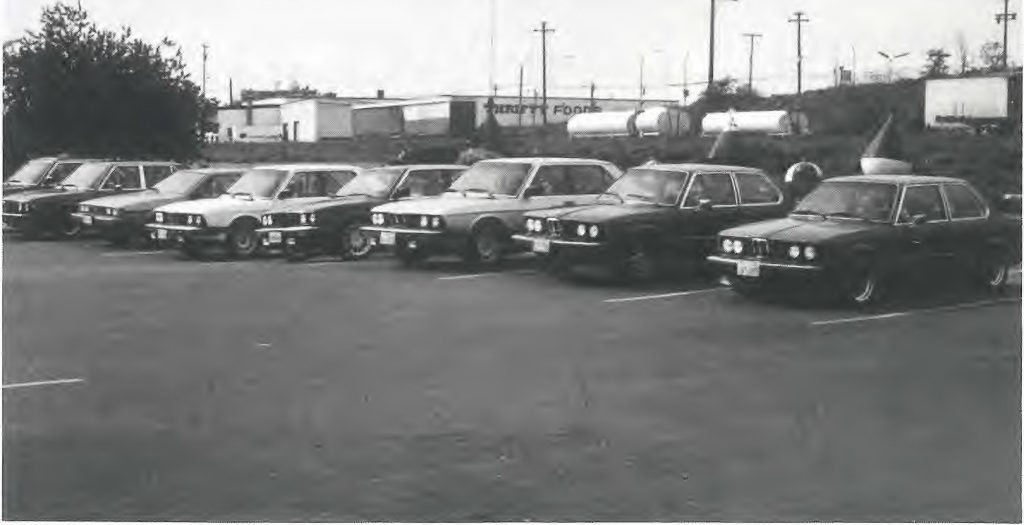 A small but enthusiastic group of Club members spent the weekend of April 22-24 in Victoria . The Clubs fourth annual tour provided the op­ portunity to renew old friendships and make new ones, and have just a gener­ ally fun “mini-vacation.” Those mak­ ing the  trip were Tom and Sharryl O’Dell, Cy and Bonnie Flory, Peder and Eleanor Grimstad, David and Lucetta Lightfoot, Tom and Trish Wil­ liams and Marcus and Lois Schack from North Vancouver.

After leaving a rainy Seattle, it was a pleasant task to get out the sunglasses by the time the border was reached. While it was a bit wind y, the weather was quite acceptable: no rain fell all weekend with the exception of a brief squall encountered on the way to the ferry  Sunday. 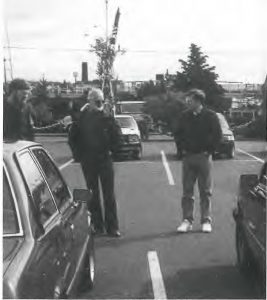 The lack of rain allowed us to do several things over the course of our stay. It enabled us to park on Andy and Gail’s lawn during the welcome party, and thus relive a Club tradition. This lawn has seen more BMWs than any other stretch of greenery with the possible exception of the Ste. Michelle winery, even hosting a car wash one year.

Secondly, the fair skies enabled those of us who ventured downtown on Sat­ urday  to  check  out the peace  march. An interesting group, this. Up Govern­ ment  Street they  came, banners  trail­ ing in the wind . While one can hardly argue  with  the  sentiments  expressed, one  wondered  whether  some  of  the participants  weren’t  using  the  oppor­ tunity to give things a little less serious air than some of the more ideologically­ inclined  would  have liked . How  else can one interpret such banners as “Bimbos for Peace”? A good time was had by all, however.

While some used Saturday to shop, others visited a few pubs, including Spinnakers, a brewpub overlooking the water in Esquimalt, which is just across a bridge from the downtown core. The only similar facility we have is Bert Grant’s operation in Yakima. Saturday evening featured the usual feast at the Ratskeller restaurant. Copious quantities of food and drink were consumed. The traditional glass boots of Schnapps were everywhere in evi­ dence. Raspberry seemed to be the fla­ vor of choice. Aquavit was the least liked, although Lucetta seemed to enjoy it, so much so she wanted to share it with others.

After the Sunday brunch, we reluc­ tantly headed to the ferry. The time was once again too short; another day would have been so nice. Our thanks to all of our Victoria friends who made us feel so welcome again this year, with apologies to anyone I’ve forgotten: Roger and Bron, Ray and Jackie, Craig and Rosemary, Marcus and Lois, Boyd and Bonnie, and Jim Kamp. We are especially grateful to Andy and Gail Davidson. In addition to hosting the welcome party, they handled hotel and restaurant arrangements , which seemed to change every other day. The home brew was nice too! We look for­ward to seeing all of you at Fest Northwest if not sooner.