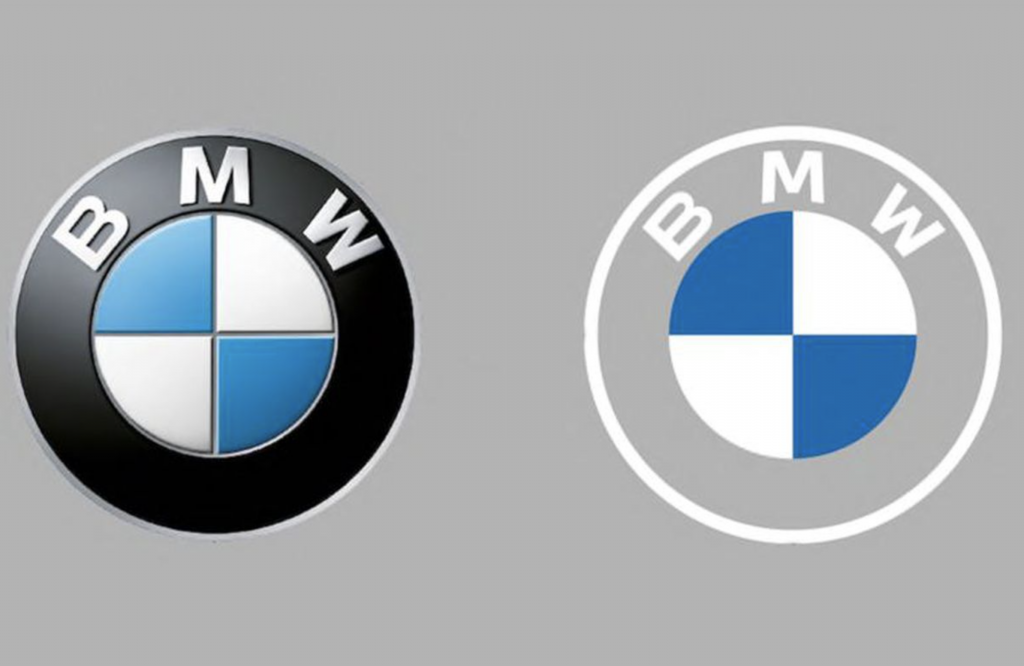 Over the years, your local chapter of the BMW CCA has had six logos and we’re supposed to get another one soon. Why? Well, there’s a story and a history behind that.

The current logo, a horizontal rectangle, has been in place since 2011.

Given that these logo changes seem to occur about once a decade, we are due for a change. And since BMW has changed their corporate logo, it was time to change the logos of all the BMW clubs in the world. That process is underway. Given that we’ve had a horizontal logo for the last ten years, it only makes sense that all the clubs will go to a vertical logo. Right? Change for the sake of change. The new logos for all BMW clubs worldwide will feature the new company logo at the top. The club’s name will go above the mid-point of the logo and the club’s discretionary portion—which is supposed to be a picture of some sort, no words, —will be at the bottom.

We have received a 33-page document dated July 2021 which provides guidance to the specifics of the new logos. So, we can get going on a new design, right? Well, no actually. You see, BMW AG has created a new corporate font. It’s a regular font in widespread use, but they’ve modified it slightly and now claim it as their own. All the new club logos must use the font, but they won’t give it to us. I am not making this up.

Len Rayburn, the BMW CCA Creative Director, is designing all the chapter logos, each of which must go through the approval process in Munich. The logos are supposed to be available to the chapters by the end of 2021. But the 33-page guidance document has been modified but not yet distributed. I think a new Pope can be picked faster than this. Look! We must have a new logo! The tailpipe smoke has turned to white!

BMW’s New Logo
BMW changed their corporate logo in March, 2020, which probably started the entire rebranding the chapters are getting caught up in. The historical logos are shown. The new logo, which comes in two versions, is considered a more modern interpretation of the historical logo. The official word from BMW is, “As an essentially modernized BMW brand appearance, it reflects the importance of the BMW brand for mobility and ‘sheer driving pleasure’ in the future and is a synonym for the conversion of the BMW brand into a ‘Relationship Brand.’”

They go on, “With the candor and clarity the new transparent BMW symbol emanates, it entices more than ever before to become a part of the World of BMW.” You won’t be surprised to learn that the boldfacing is BMW’s.

With all this candor and clarity, I’m confused about what sort of relationship BMW intends with each of us. Actually, I think I get it. This is just marketing bullshit, but maybe BMW’s marketing people believe it.